The first open-access article I, along with Dr James Ward and Dr Barbara Koth published in 2017 was called, “Aquaponics in Urban Agriculture: Social Acceptance and Urban Food Planning”. It’s about the perception and social acceptance of aquaponics by urban food growers and Local Government Area in Adelaide, South Australia. A considerable amount of research has been conducted on the technology itself, but little has been done on how people (other than those who actually have such systems) feel about aquaponics. Additionally, the level of awareness and acceptance of local councils (in South Australia known as local government areas or LGAs) can influence either the support or restriction of aquaponics in urban areas.

Collectively our participants not only considered the various strengths and weaknesses of aquaponics, but also used their own experiences to recommend ideas for the possible adoption and expansion of aquaponics. These recommendations culminated in the idea of a set of scaled guidelines, including financial, logistical, resource requirements, and expected productivity for each potential scale of operation – from single backyard to large-scale commercial.

But what is aquaponics?

In essence, aquaponics is, “A bio-integrated system that links recirculating aquaculture with hydroponic vegetable, flower or herb production” (Lennard, 2009). An aquaponics system looks something like this (yet they can be much prettier… or much uglier!):

Although developed in the 1980’s, aquaponics is still a relatively new technology. It is widespread in Australia, but only at the hobby-scale of back-yard systems (Rakocy, Timmons and Ebeling 2007). Another thing to note is that although the two systems are linked, a much greater volume of fresh produce is grown compared with the fish.

Commercial aquaponics systems have a more controlled level of nutrients getting to the plants and so are more suited to producing lettuces, other salads, leafy greens and herbs.

This looks great – why aren’t we all growing food this way?

While it’s true that aquaponics can be space efficient, highly adaptable to urban areas, and cycles nutrients sustainably, it also has some challenges. It requires technical expertise to setup and run. It can be costly to build if you’re not using recycled parts. We also found that people can be put off by how such systems look, worry over fish care and ethics, and that they appear complex to run (Pollard, Ward & Koth, 2017). Those of our participants who had heard about aquaponics, all of them knew of a system which had failed, with the owner having to start over again in fish and plants.

But there are some great opportunities to improve and expand aquaponics, such as designing “low-energy” and “low-tech” systems which do not require power or complex pumps. Alternatively, others are working to develop super high-tech aquaponics system as part of indoor urban farms. It’s definitely a technology that’s worth keeping an eye on.

Lennard, Wilson. “Aquaponics: The Integration of Recirculating Aquaculture and Hydroponics.” World aquaculture 40, no. 1 (2009): 23. 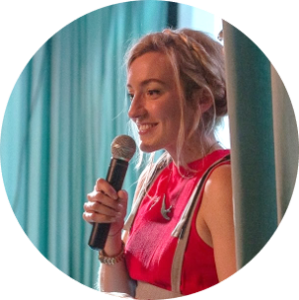 ...my journey to purposeful self-discovery